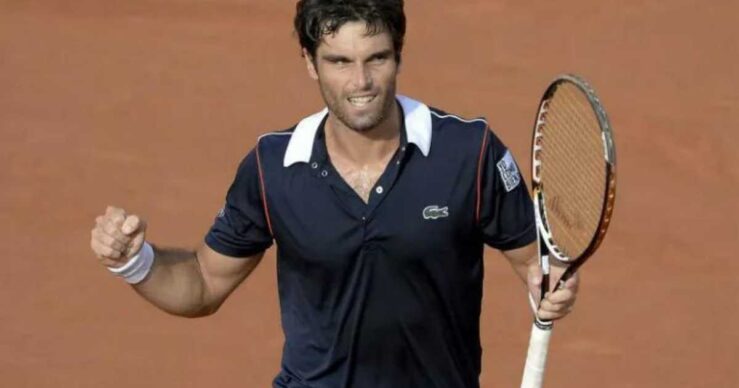 But it is painted to look like the most recent Prince Phantom Pro 100 O-port model. It is the more adaptable pro stock version of the racquet with the pro stock code TX141P-TK4C and features. The renowned Prince O-ports that Prince brought back for their Beast Textreme series 27.5 is the length. The TW forum user “Heavyhitter” is the source of the racquet images in this post.

Pablo Andujar’s racquet is difficult to swing, and large swing weights are a prevalent feature of ATP Professionals’ racquets. They need to be able to match the speed of their opponents’ shots because they are striking big balls.

To play with a swing weight of 350 pounds or more, you must have sound technique. Another smart move is to go to the gym once or twice a week. On tour, Prince’s port system is still rather well-liked.

Pablo Andujar and Nicolas Kicker still use their original racquets without changing the paint to match a later model. That indicates the feel of the racquet is fairly distinctive. I don’t know why Prince doesn’t do it, but I find it to be a little energizing.

Both of these tennis racquets feature somewhat hefty frames and narrow sweet spots. It means you’ll need to have a full swing to produce your power to get the most out of them. As a result, they are better suited to expert tennis players than beginners or intermediate players.

My personal preference would be to choose the Prince Phantom Pro 100. It is far less stiff than the Prince O3 Tour. A Wilson Clash racquet or anything similar to a Babolat Pure Drive is a better choice if you’re a beginner to intermediate player.

Who uses the same tennis strings as Pablo Andujar?

Does Pablo Andujar use a vibration dampener when he plays?

No, it looks like Pablo Andujar does not employ a vibration dampener on his racquet in matches he has played.

What do the letters L1 L2 L3 L4 on a tennis racquet mean?

That merely relates to the size of the racquet’s handle. The size of the handle on the racquet increases with the number (L5). Naturally, the handle gets smaller the number. Generally speaking, we advise ladies to select grip sizes between L1 and L2. Men should focus on L2 and L3, and at most L4.

I sincerely hope you found my piece on the Pablo Andujar racquet interesting. If so, you might also like my post on the tennis racquets used by Carlos Alcaraz and Rafael Nadal.